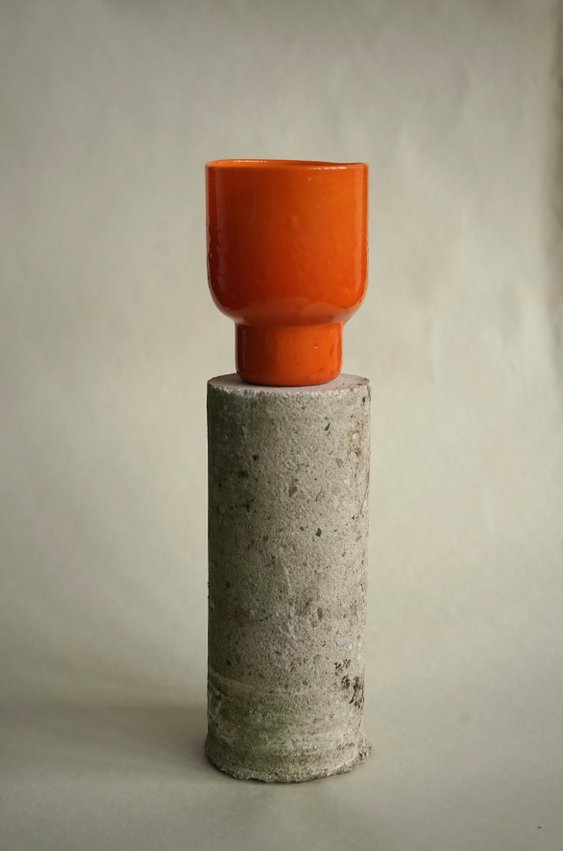 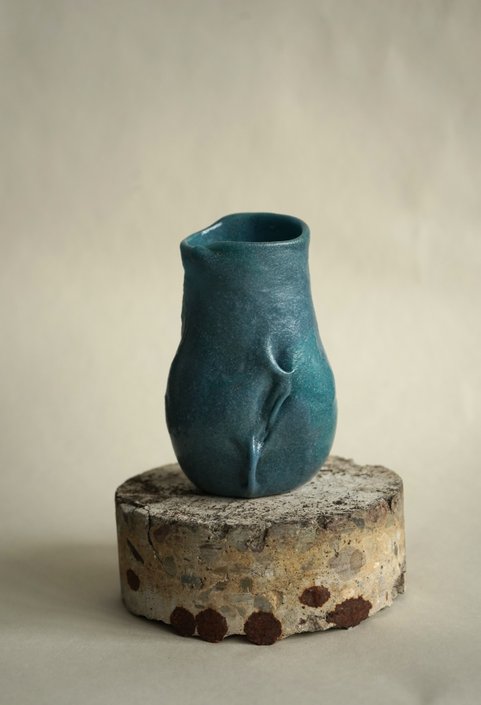 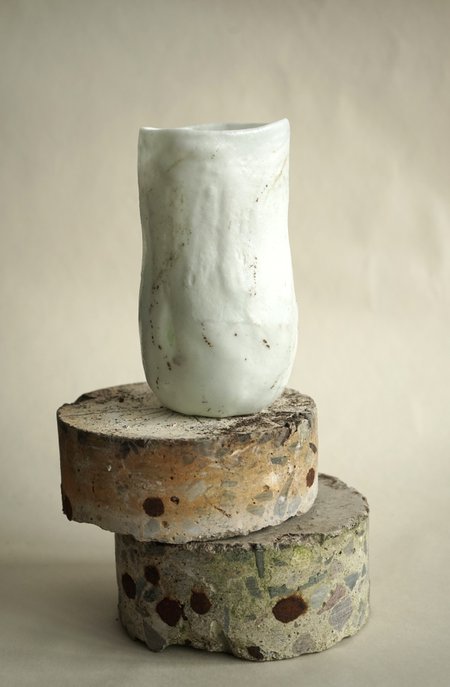 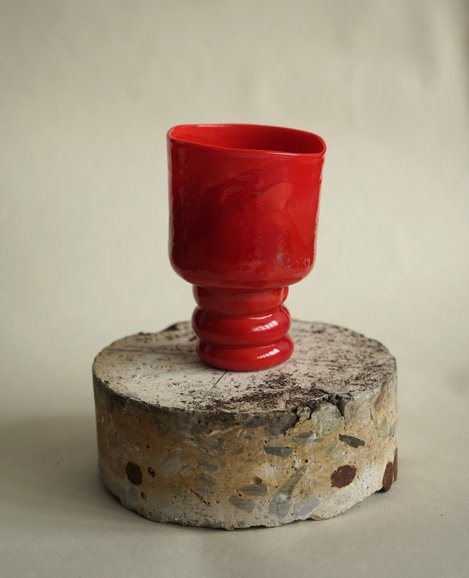 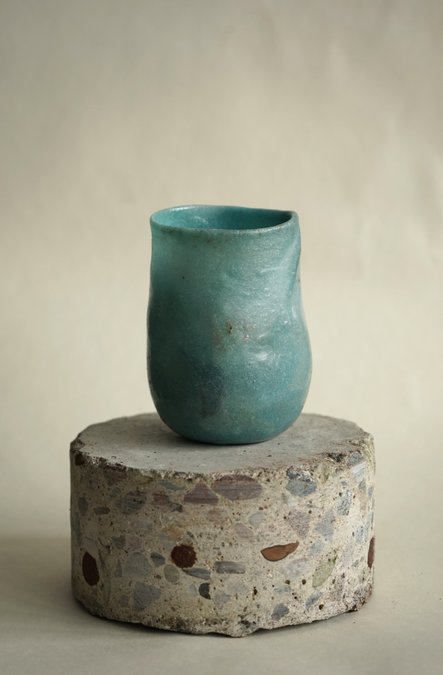 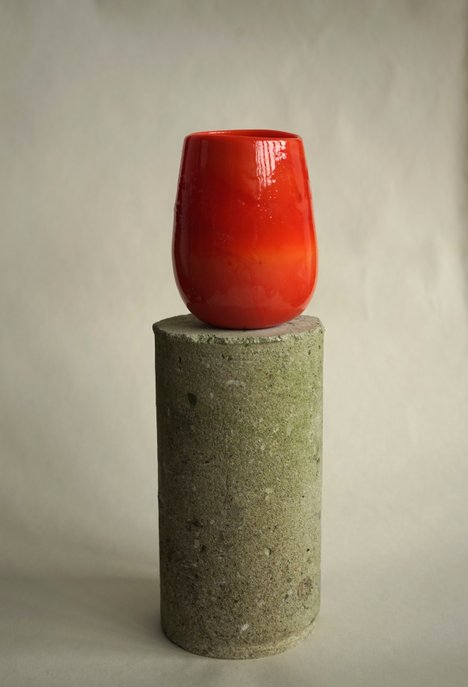 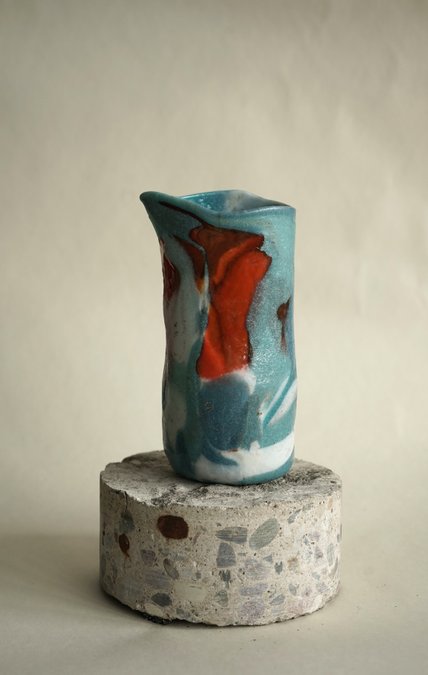 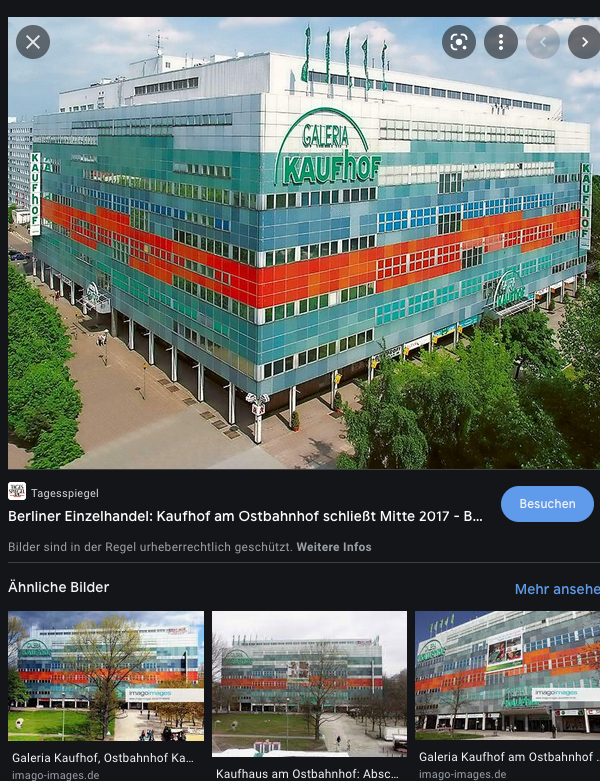 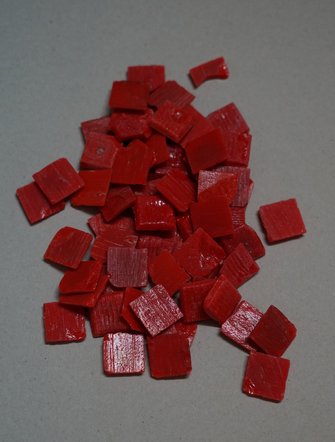 The series consisting of seven different vessels were blown from glass mosaics of the former facade of the Centrum Warenhaus at Ostbahnhof.

Who still remembers the colorful building that was built in 1979 at what was known then as East Berlin's Hauptbahnhof to serve the surrounding new compounds? In 1990, the department store was taken over by Hertie via the Treuhand privatization agency and then transferred to Galeria Kaufhof. René Benko's SIGNA conglomerate, which was able to secure a number of prime properties throughout Berlin, began a complete reconstruction of the building after the Galeria closed, which stood out for its colorful mosaic design. After the gutting and complete remodeling of the facade, it is impossible to recognize the old structure. The conversion cost the company 100 million euros and already had the other major corporation Zalando, which seems to be sprawling almost endlessly, as a permanent tenant. In 2021, the building was then sold for 315 million (!) Euro and now bears the beautiful name Up!Berlin. The only question is who will soar to unimagined heights here and who will fall very low. The whole deal is just one of many projects in the German metropolis that reflect the greed for profit of large corporations and inevitably loss of all individuality. Capitalism stifles all creative energy.

The sculpture "Die Party ist vorbei" reflects the quick and hard break that the so-called Wende meant for the economy of the GDR and thus for all those involved in it. What had developed over decades very quickly fell victim to devaluation. For the most part, the companies that had been closed or sold by the Treuhand stopped producing by the mid-1990s at the latest, which meant that, among other things, everyday items and commodities had long since and now almost exclusively come from the West. Of course, this was also the wish of many citizens and not only due to the capitalist system that now had the upper hand. People physically said goodbye to what had determined and shaped the reality of everyday life in the GDR. Today at the latest, the facades are also forgotten, because they simply no longer exist.